Did you know that at the Seattle Amazon headquarters, there are 6,000 dogs that share the work space with the employees? They even have a doggie deck 😀 Source

I’ve updated my targets for May 4th, 2018. I’ve refrained from updating the targets for stocks that have earnings in the next week because earnings are extremely unpredictable. However, I do favor a run-up prior to earnings, which I reflect in my targets for QQQ, DIA, SPY, AAPL, and BABA.

I’m cautiously optimistic because the indexes have dropped to a support level that I believe will hold, but if they don’t hold, look out below! I also like buying the first pullback after a strong move upwards, which would be right now. 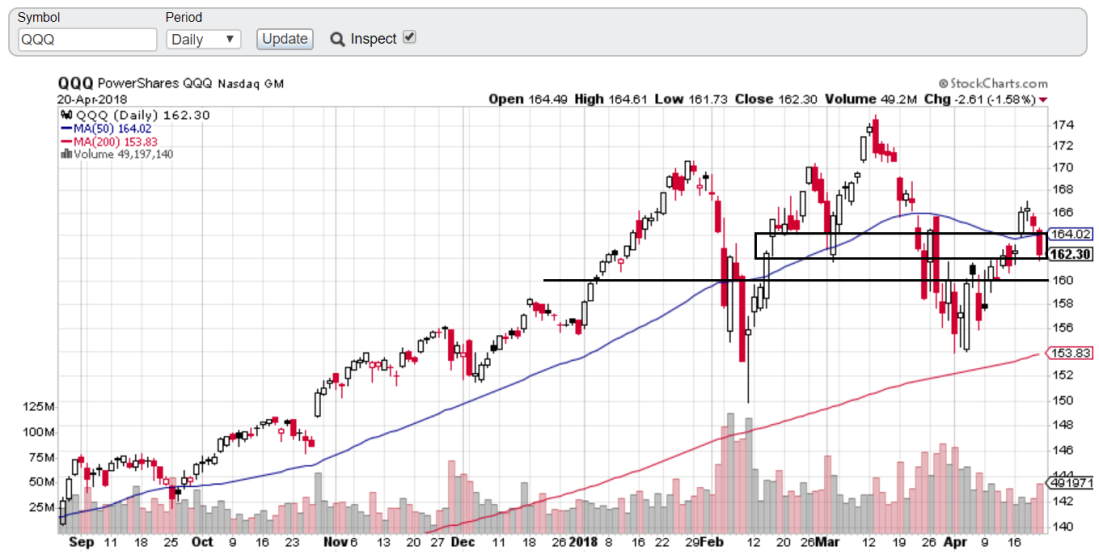 The daily chart of QQQ is above. The index has gap filled the 163 gap with a rapid downward move largely due to Apple. The last time QQQ had a fast rally up from the February lows, we pulled back to this level (162-164) before moving to all time highs around 175. I think something similar could happen this time, but earnings from the big companies need to be good next week. I’ve drawn a horizontal line in at 160, since this is the weekly trend channel support. As long as QQQ holds that level, I believe we have a good chance to at least gap fill to 170 within two-three weeks. Take a look at the weekly chart of QQQ below.

I’ve highlighted the touches of the trend channels with the colored arrows in the weekly chart of QQQ above. Notice how good this trend channel is at capturing price movement. 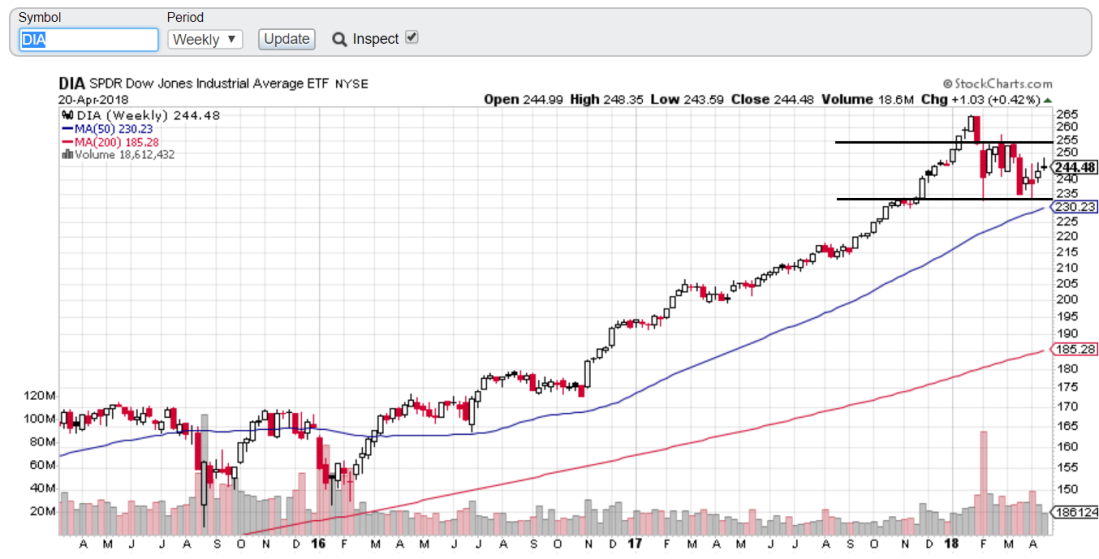 On the weekly timeframe, DIA (the ETF that tracks the Dow Jones) is stuck right at the middle of the support and resistance levels. This makes it hard for me to make a decision on the direction, but I favor it running up to the 255 resistance level rather than it hitting the 235 support level. This is a tough call to make. 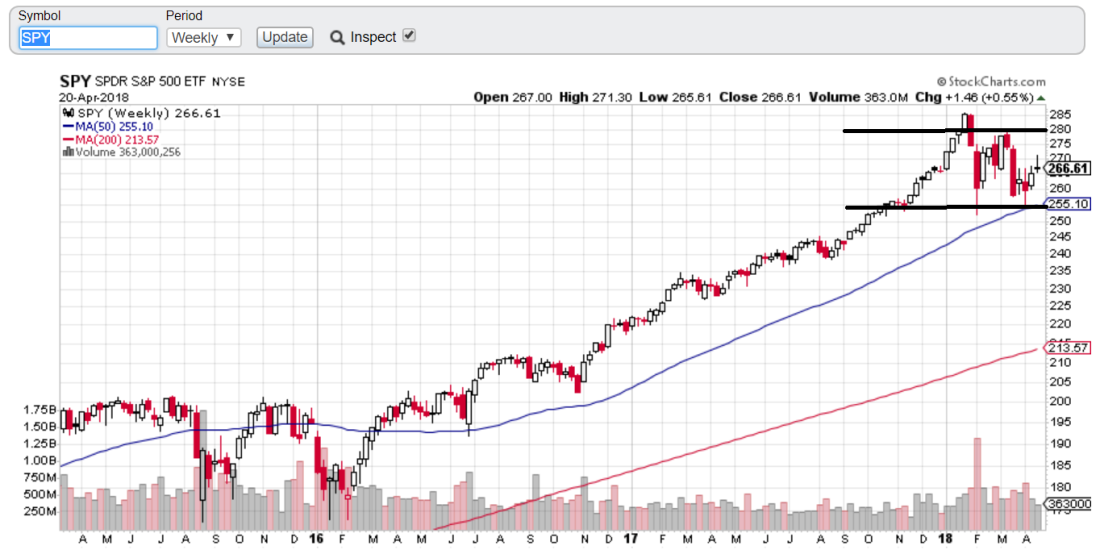 Notice how the weekly chart of SPY (the ETF that tracks the S&P500) looks identical to the DIA chart. We are stuck in the middle of the support and resistance level so it’s hard to pick a direction.

To wrap up, I think the indexes have a good chance to move up early next week since they are currently at support levels and I expect good earnings from the big technology companies like Google, Amazon, and Facebook. From a longer weekly perspective , the SPY and DIA are still in the middle of the trading range, so patient traders looking for good prices should wait to buy near the bottom of that range, and look to sell at the top of that range. That would be buying at roughly 235 on the DIA, and 255 on the SPY. You would sell near 255 and 280 respectively.

Have a great Sunday!

Hi, I’m Nathan. I graduated from Boston University in 2020. I majored in Finance and minored in Piano Performance. I’ve always found the financial markets fascinating so I decided to start this blog to share my experiences with you. Outside of stock trading/investing, I enjoy teaching and playing piano, teaching and playing Go, fishing, watching anime, and playing poker (NL Texas Hold 'em). View all posts by bigfry