The weekly chart of QQQ is above.  I’ve circled the lower tails displaying buying pressure, as well as highlighting a divergent high.  A divergent high means that the index/stock made a higher high, but the RSI indicator made a lower low.  That is bearish.  However, we are still in an uptrend, so it’s generally a better idea to buy on dips instead of short selling high points. 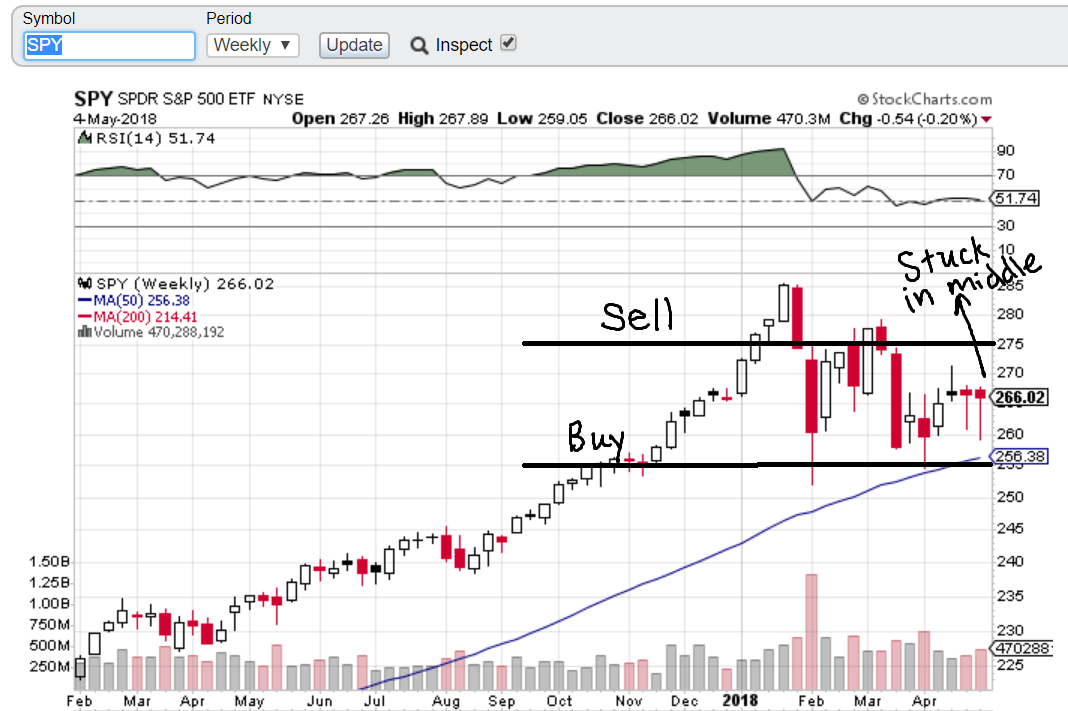 The weekly chart of SPY is currently stuck between the support and resistance area.  That makes the direction unclear, although currently, there’s more evidence supporting a move up.

Look at the weekly chart of BABA above.  I’ve mentioned in multiple posts that BABA was a good buy in the 165-175 zone, and a good sell in the 190-200 zone.  BABA is now approaching the 190 area, which represents a good price to sell at.  However, I believe BABA can hit 200 on this move up before pulling back because BABA had good earnings last Thursday.  Note that a break and close above 205 on the weekly chart would be very bullish.

Here’s the weekly chart of MU.  I think MU is a good long term hold and represents a good swing trading opportunity here.  As long as MU holds 45 on the weekly chart, I think we retest the highs near 60.  Do note that we’ve made a divergent high.  Like I described in the QQQ chart near the top of the page, this is bearish.  As you can see in the chart, prices fell from the recent high.

Apple broke out to an all time high (ATH) after selling off hard in the last few months. Although Apple is up 13.25% in just one week, the chart hints that Apple has enough juice for another move up before pulling back.  If we move up, I suspect a test of 190 since it’s a nice round number. 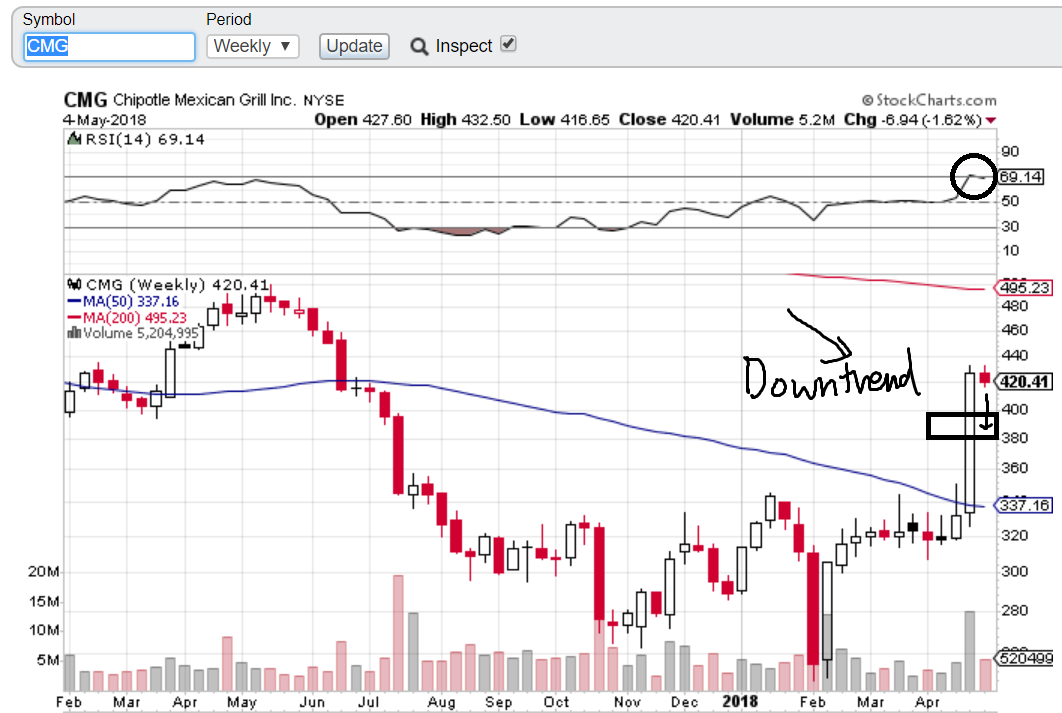 Chipotle (CMG) recently broke out upwards after releasing a very strong earnings report.  Judging from the price action and moving averages, I think CMG will pullback to at least the 380-400 area from a weekly perspective, which is another 5-10% down.  Of course, the upward momentum could easily carry the stock higher too, but my bet is down.

Hi, I’m Nathan. I majored in Finance and minored in Piano Performance at Boston University (graduated in 2020). Outside of trading/investing, I enjoy teaching and playing piano, teaching and playing Go, fishing, and watching anime. I also started my own Boba company while at BU, and am currently working on a company with my twin brother. I'm currently teaching Go full time, which has been the best job I could ever hope for. View all posts by bigfry